When anglers think of winter fly fishing, it’s not often that dry flies come to mind.

Rare is the January or February day when we ditch weights and indicators in favor of fly float and parachute dries.  They do happen, however, and the ambitious fly fisher can catch trout on dries throughout the coldest season with a little extra care and a tweak of tactics.  The start of this change usually has to do with the type of insect we are trying to match, which in this case is the midge!

Midges dominate the winter in most trout streams around the country.  While many anglers focus their efforts on nymphs, it’s possible to catch fish using dries!  One of the great challenges of fishing midge dries, and a major deterrent for fishing them is how small they are.  Colors typically range from brown to black, with maybe just a white thrown in. Once flies of those shades are on the water they vanish.  We are left squinting wondering where our fly is and how the heck we will detect a hit.

The good news about using midge dry flies in winter is the competition from naturals is limited.  During blanket hatches of summer, our fly can get totally lost in a sea of bugs which creates a problem in its own right.  Even if our midge dry has seemingly vanished, look for any rise in the water being fished.  Since there aren’t many other bugs around, set the hook on any dimple that looks suspicious.  More often than not the result will be a fish on our line!

Despite our best efforts, it’s still borderline impossible to see those tiny flies on the water.  In these situations, our fly selection can be a huge help!  Most anglers have a variety of Adams in their dry fly box.  This is a favorite pattern to use throughout winter and a small version of it with a parachute can really help our visibility issues.  In fact, any midge imitation with a parachute should be brought along during these cold months.  If the white parachute post is still not enough, bring a pink or red sharpie along and color in the post to give your fly a color that’s easy to spot.

Another fly choice strategy that can help us involves using multiple flies.  If fish are keying in on a midge in really small sizes, say #26 or smaller, it can be helpful to use a double dry setup.  In these cases tie on a Parachute Adams in a “larger” size #20 or whatever is the smallest that we can still see.  Then, tie on a section of 6X or 7X with a size #26 griffins gnat trailing behind.  The trailing fly will be difficult to see, but watch the larger point fly and set on any rise within the vicinity!

Since our fly choice is centered around small offerings, faster water can be impossible to effectively fish with dries.  It can be productive to focus on slower water where we have time to spot our fly as it moves through the drift.  This is also beneficial because trout tend to hold in slower water throughout winter.  Taking the time to meticulously work slower water will allow us to focus our efforts where the trout are in a way that makes it possible to see and fish our flies.

Categories: Dry Fly Fishing, Fly Fishing For Trout, How to Fly Fish, Learn By Technique, Winter Fly Fishing
fly fishing Fly Fishing Midges how to fly fish trout winter winter fly fishing tips
Prev postNext post
Fly fishing in the cold winter months is by no means a “walk in the park.” Pennsylvania can
Read More
Can you fly fish in January? Can you fly fish in February? Do trout like the cold? How
Read More
While May is usually known as the best month for hatches in the Eastern U.S., March and early
Read More
Fly fishing can be rather complex when it comes down to the technicalities of rigging up your fly
Read More
Fly fishing is a type of fishing where artificial lures, called flies, are used to imitate insects, baitfish,
Read More
Tippet rings get a lot of speculation about whether or not they are necessary and if they are
Read More
Fly fishing has so many different techniques and skills to learn, but, by far one of the most
Read More
Yes, fly fishing can be an expensive hobby if you plan on buying top-shelf gear and tools. There
Read More
1. Hot Head Nymph (Sizes 12-16) Something about bright orange beads sets fish off in a certain way.
Read More
Winter can be a hard time to catch trout, as our cold bloody quarry becomes less active and
Read More 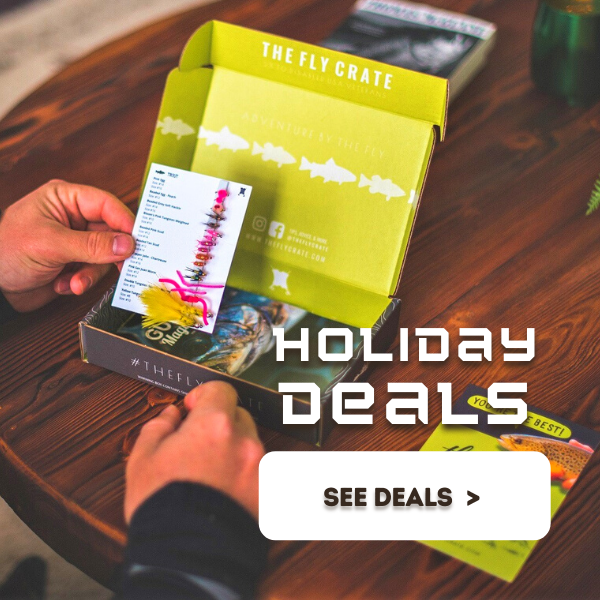 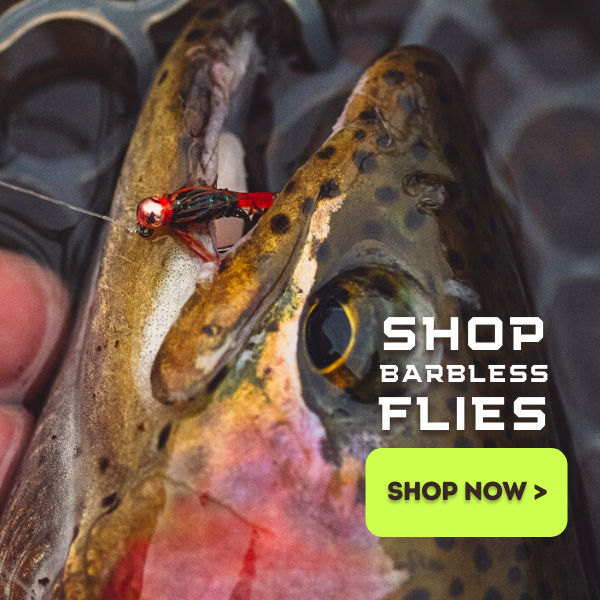